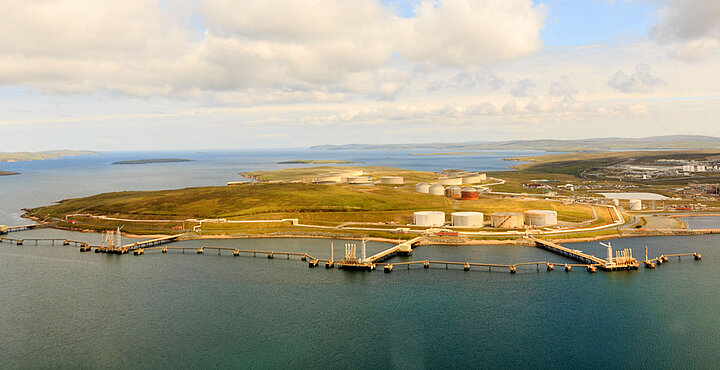 A ship-to-ship transfer of crude oil has been carried out at the Port of Sullom Voe, Shetland, for the first time in almost three years.

On 13 September, the transfer of around 500,000 barrels of crude oil produced from the EnQuest-operated Kraken field in the East Shetland Basin was completed at the Port. The transfer was made from The Heather Knutsen, a 277 metre long Canadian-registered shuttle tanker, to the Speedway, a 274 metre long, Greek-registered tanker.

This also marks the first new business for Sullom Voe Terminal since EnQuest took over its Operatorship last year, with the team handling logistical support to Shetland Islands Council for the ship-to-ship transfer.

Bob Davenport, Managing Director of EnQuest’s North Sea business, said: “We are pleased to have worked with Shetland Islands Council, the operators of the Port, and our other stakeholders to deliver the first ship-to-ship transfer at the Port since 2015. Ship-to-ship transfer is just one of the activities we are progressing with other stakeholders to maximise the long-term value of the Terminal.”

The last ship-to-ship transfer of crude oil at the Port of Sullom Voe, Shetland, took place in December 2015.