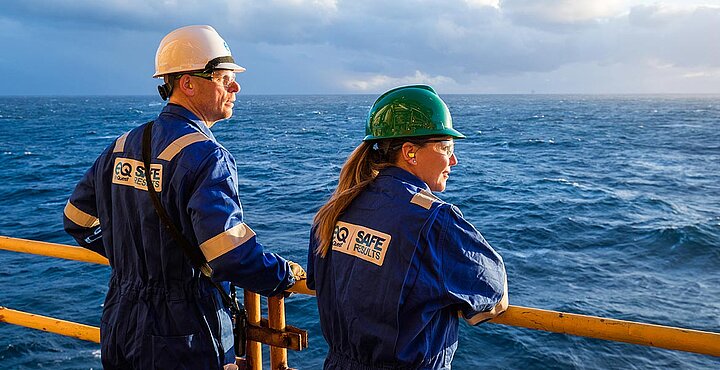 EnQuest PLC (‘EnQuest’), an independent oil and gas production and development company listed on the London and Stockholm stock exchanges (ENQ.L and ENQ.ST), is pleased to announce an agreed compensation settlement with Armada Kraken Pte Ltd, a wholly-owned subsidiary of Bumi Armada Berhad (‘Bumi’), in relation to historic issues with the FPSO. Bumi has agreed to pay $15 million to the Kraken partners, which is to be fully settled by 17 December 2018.

While there is still further work to complete before a final acceptance certificate can be issued, this agreement allows all parties to work together to deliver final acceptance on a defined basis.

EnQuest believes that the UKCS represents a significant hydrocarbon basin, which continues to benefit from an extensive installed infrastructure base and skilled labour. EnQuest believes that its assets offer material organic growth opportunities, driven by exploitation of current infrastructure on the UKCS and the development of low risk near field opportunities.
EnQuest is replicating its model in the UKCS by targeting previously underdeveloped assets in a small number of other maturing regions; complementing its operations and utilising its deep skills in the UK North Sea. In which context, EnQuest has interests in Malaysia where its operated assets include the PM8/Seligi Production Sharing Contract and the Tanjong Baram Risk Services Contract.
Forward-looking statements: This announcement may contain certain forward-looking statements with respect to EnQuest’s expectation and plans, strategy, management’s objectives, future performance, production, reserves, costs, revenues and other trend information. These statements and forecasts involve risk and uncertainty because they relate to events and depend upon circumstances that may occur in the future. There are a number of factors which could cause actual results or developments to differ materially from those expressed or implied by these forward-looking statements and forecasts. The statements have been made with reference to forecast price changes, economic conditions and the current regulatory environment. Nothing in this announcement should be construed as a profit forecast. Past share performance cannot be relied on as a guide to future performance.