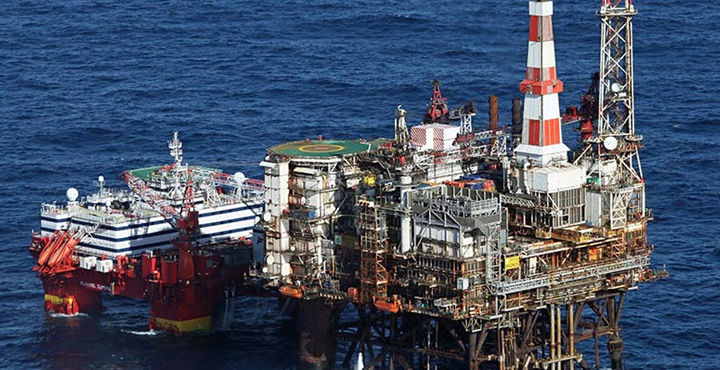 “The Group has again delivered on its operational targets, growing production by 24%. Kraken performance in particular has been excellent, with production efficiency above 90% for much of the second half of the year.

“This performance has facilitated accelerated material repayments of the Group’s credit facility, with the Group’s year end net debt to EBITDA ratio expected to be below 1.5x. Following another early payment in January, we have now repaid the entire 2020 senior credit facility amortisation.

“Group production for 2020 is expected to be between 61,000 and 68,000 Boepd, primarily reflecting natural decline rates and the impact of the ongoing shutdowns at Thistle and Heather, which are expected to be partially offset by the new wells being drilled at Magnus and Kraken.

“I am delighted with the progress we have made at Kraken and in strengthening our balance sheet. We have now set a platform to use our capabilities for continuous improvement and to be able to enhance value for shareholders.”

Average production in 2019 was 27,237 Boepd, c.41% higher than 2018. This increase reflected additional equity interest in and a continued strong performance from Magnus, where production efficiency was over 80%, partially offset by shutdowns at Heather and Thistle and lower than expected water injection efficiency as a result of water injection pump failures and gas lift interruptions at the Dons. At the Sullom Voe Terminal, the Group has achieved high plant availability and delivered safe and stable operations during the year.

Average production in 2019 of 7,544 Boepd was c.19% higher than 2018, driven by increased volumes from Scolty/Crathes following the successful completion of the pipeline replacement, offset by natural declines across the other assets.

Average gross production in 2019 was 35,704 Bopd, above the top end of guidance. Performance at the FPSO vessel significantly improved through the year following a programme of targeted improvement initiatives. Overall subsurface and well performance was strong, with optimised production through improved injector-producer well management.

Average production in Malaysia in 2019 of 8,653 Boepd was c.3% higher than 2018, reflecting high production efficiency of 94% at PM8/Seligi and better than expected performance from the Group’s idle well restoration programme.

Strong free cash flow generation enabled the Group to make early voluntary repayments of the senior credit facility, which was reduced by $325 million during the year, which included $120 million associated with the April 2020 scheduled amortisation. A further $35 million was repaid in January 2020 as an accelerated voluntary payment of the October 2020 amortisation. No further amortisation payments are due in 2020. At 31 January 2020, the senior credit facility, excluding payment in kind interest, totalled $425 million.

During the year, c.17 MMbbls of oil hedges were settled, with c.15 MMbbls achieving an average price of c.$66/bbl.

Production in January has remained strong. For the full year, the Group’s net production is expected to be between 61,000 and 68,000 Boepd, which includes the impact of the Thistle and Heather shutdowns. Magnus and Scolty/Crathes are expected to continue to perform well, with Magnus benefitting from the ongoing drilling programme. Kraken gross production is expected to be between 30,000 and 35,000 Bopd. The two-well drilling programme in Kraken’s Western Flank is expected to commence in the second quarter, with production contribution in the second half of the year partially offsetting the impacts of the planned maintenance shutdown and natural declines. The Group’s current expectation is for economic production at Alma/Galia to cease around the middle of 2020, with the FPSO moving off-station shortly thereafter.

Operating expenditures are expected to be approximately $525 million, in line with 2019.

Cash capital expenditure of around $230 million includes the drilling programmes at Magnus and Kraken. The Group expects the spend to be weighted towards the first half of the year, with approximately $50 million of 2020 cash capital expenditure relating to a combination of deferred payments agreed with suppliers in prior periods and phasing of cash payments from 2019 to 2020.

EnQuest PLC trades on both the London Stock Exchange and the NASDAQ OMX Stockholm. Its UK operated assets include Thistle/Deveron, Heather/Broom, the Dons area, Magnus, the Greater Kittiwake Area, Scolty/Crathes Alma/Galia and Kraken; EnQuest also has an interest in the non-operated Alba producing oil field. At the end of December 2019, EnQuest had interests in 17 UK production licences and was the operator of 15 of these licences. EnQuest’s interests in Malaysia include the PM8/Seligi and PM409 Production Sharing Contracts and the Tanjong Baram Risk Services Contract, all of which the Group operates.