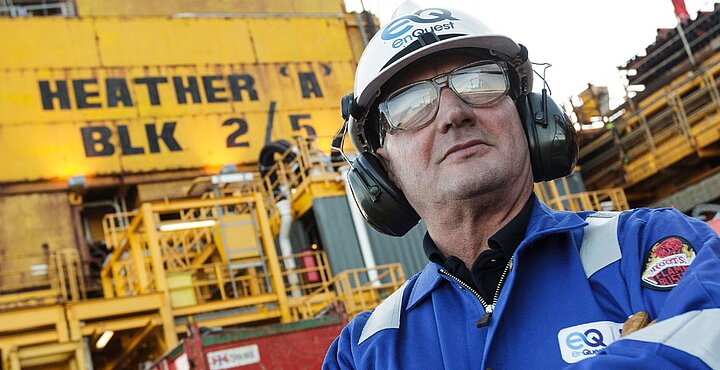 “We have continued to deliver in line with our 2018 production targets and expect to produce between 54,000 Boepd and 56,000 Boepd this year. We have also made good initial progress in reducing our debt, with cash generated by operations facilitating additional voluntary repayments and we will continue to prioritise debt reduction through 2019 and beyond.

“We are delighted to have completed the acquisition of Magnus, the Sullom Voe Terminal and associated infrastructure from BP. Magnus increases production and cash flow through the addition of significant low-cost 2P reserves.

“2019 production is expected to grow by around 20% to within the range of 63,000 Boepd to 70,000 Boepd, primarily driven by Magnus. Our teams continue to assess further value accretive, short-cycle opportunities at Magnus, Kraken, PM8/Seligi and elsewhere in our portfolio as well as reviewing long term opportunities for growth.”

1 Net production since first oil on 23 June, averaged over the ten months to end October 2017.

Average production in the ten months to end October 2018 of 17,742 Boepd was 16.3% higher than the same period in 2017. This increase was driven by the contribution from Magnus and strong performance at Heather/Broom, partially offset by natural declines.

As announced on 3 December, the Magnus acquisition has now completed. Production performance has been in line with the Group’s plans, supported by plant de-bottlenecking, high levels of water injection uptime and completion of two wells. Project work targeting increases in water injection capacity is progressing alongside a focus on future drilling and workover targets.

High levels of plant uptime and water injection efficiency supported production performance at Thistle and the Dons, with Thistle also benefitting from debottlenecking of the produced water handling system. The Thistle idle well abandonment programme has now completed and was delivered on time and budget. The drilling team has now been mobilised to Heather to undertake a similar two-well abandonment campaign. The Dunlin bypass export project, which will see volumes from Thistle and the Dons exported via the Magnus facility, continues to progress as planned.

At the Sullom Voe Terminal, the Group remains on track to reduce terminal operating costs by around 25% to approximately £150 million in 2018. These savings are driven through the continued delivery of the optimised work programme and cost-efficiency initiatives, with further savings planned for 2019. In line with the Group’s aim to maximise the long-term value of the terminal, the Group has worked with the Shetlands Island Council and other stakeholders to deliver a ship-to-ship transfer of crude oil at the terminal in September, the first in almost three years. A second ship-to-ship transfer was successfully undertaken in November.

Average production in the ten months to end October 2018 of 6,160 Boepd was 29.4% lower than the same period in 2017. While the reduction is primarily driven by lower performance at both Scolty/Crathes and Alma/Galia, performance at both assets has been slightly better than expected.

At Alma/Galia, the improved performance has been driven by successful replacement of the Electrical Submersible Pumps (‘ESP’) and high levels of production and water injection efficiency, partially offset by the end of production from the Galia reservoir following the cessation of the originally installed ESP. Five wells remain in operation on the Alma reservoir. At Scolty/Crathes, while production continues to be limited by wax in the flowline, the Group has delivered better performance than planned through production management activities. The replacement pipeline project remains on track for installation in the summer of 2019.

Continued attention on plant stability and water management has resulted in Kittiwake performing in line with the Group’s plans. Assessment of other production improvement activities along with potential development options for the Eagle discovery are ongoing. Output from Alba has been broadly in line with expectations.

Average gross production in the ten months to end October 2018 has been 31,427 Bopd. While the Group continues to see excellent communication between producer and injector wells and increased water injection volumes have improved reservoir pressure and supported production, a small number of system outages and equipment repairs continues to limit performance. Average production for 2018 is expected to remain around current levels.

Drilling at DC4 was expected to commence in September, however the drilling rig was delayed at its previous assignment. It is now on location and drilling is underway.

Gross 2019 production is expected to be in the range of 30,000 Bopd to 35,000 Bopd, reflecting additional production from DC4, where first oil is now expected around the end of the first quarter, and the Group’s conservative assumptions regarding vessel uptime and underlying natural declines.

With well testing now complete at all 11 producing wells, the Group is incorporating the information gathered from these tests into its plans to optimise production and maximise reserves from the significant volume of oil in place. The Group continues to assess additional near-field, short-cycle drilling opportunities along with the potential Western Flank development.

Average production in Malaysia in the ten months to end October 2018 of 8,210 Boepd was 5.9% lower than the same period in 2017, primarily reflecting natural declines at Tanjong Baram. Production efficiency has remained high at PM8/Seligi, with the planned shutdown activities successfully concluded ahead of budget and schedule. The Group’s idle well intervention programme at PM8/Seligi continues to arrest the field’s natural decline. As at the end of October, 11 idle wells had been returned to service, ahead of schedule and below budget, and delivered production improvements above the Group’s plans. Production from the two wells drilled earlier this year remains broadly in line with the Group’s expectations. Planning and optimisation activities are underway for the proposed 2019 two-well drilling campaign, idle well intervention programme and for the ongoing asset rejuvenation campaign, with 2019 having the highest level of activity since EnQuest took operatorship of the PM8/Seligi production sharing contract. Malaysia and South East Asia are seen as core areas for EnQuest and the Group continues to review growth opportunities.

In October, the Group reduced its term facility by $200 million. The reduction was primarily funded by the drawdown from the $175 million OZ Management facility announced in September. With the Group’s cash generating capability improving, the Group also made an accelerated additional voluntary repayment of $65 million in November. Following this repayment, the outstanding term facility reduced to $785 million.

Following shareholder approval at the General Meeting held in October, net proceeds of c.$127 million were raised through a rights issue in which the Group received valid acceptances in respect of 95.5% of the total number of new ordinary shares offered pursuant to the rights issue. $100 million of the proceeds has been used to fund EnQuest’s share of the consideration in relation to acquiring the remaining 75% interest in Magnus and additional interests in the Sullom Voe Terminal and associated infrastructure. The remaining c.$27 million will be used to fund a two-well infill drilling programme in 2019.

The Group has also exercised the Thistle option, receiving $20 million in cash in October in exchange for increasing its total payment obligation of BP's decommissioning costs of the Thistle and Deveron fields to 7.5% from 4.5% previously.

The Group expects to deliver its targeted net production growth in 2018, with output expected in the range of c.54,000 to 56,000 Boepd. 2019 production is expected to grow by around 20% to between 63,000 and 70,000 Beopd, driven by the acquisition of additional interests in Magnus. Production from DC4 at Kraken and improved performance at Scolty/Crathes, following the pipeline replacement project scheduled for the third quarter of 2019, is expected to offset natural declines across the portfolio.

EnQuest is one of the largest UK independent producers in the UK North Sea. EnQuest PLC trades on both the London Stock Exchange and the NASDAQ OMX Stockholm. Its operated assets include Thistle/Deveron, Heather/ Broom, the Dons area, Magnus, the Greater Kittiwake Area, Scolty/Crathes Alma/Galia and Kraken; EnQuest also has an interest in the non-operated Alba producing oil field. At the end of June 2018, EnQuest had interests in 20 UK production licences and was the operator of 18 of these licences.