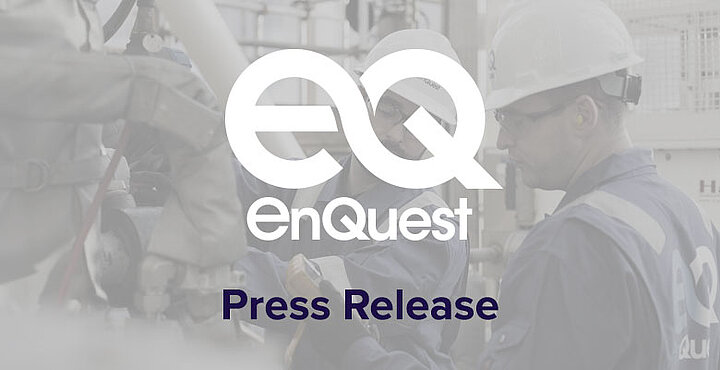 EnQuest PLC (together with its subsidiaries, ‘EnQuest’), an independent oil and gas production and development company listed on the London and Stockholm stock exchanges (ENQ.L and ENQ.ST), is pleased to announce it has signed a sale and purchase agreement (‘SPA’) with Equinor to purchase a 40.81% equity interest in the Bressay oil field.

EnQuest PLC (together with its subsidiaries, ‘EnQuest’), an independent oil and gas production and development company listed on the London and Stockholm stock exchanges (ENQ.L and ENQ.ST), is pleased to announce it has signed a sale and purchase agreement (‘SPA’) with Equinor to purchase a 40.81% equity interest in the Bressay oil field. Completion of the transaction is subject to the satisfaction of a number of conditions precedent. Under the terms of the SPA and subject to all partner approvals, EnQuest will also assume operatorship of the licences following the plugging and abandonment of the 3/28-1 well by Equinor. The initial consideration is £2.2 million payable as a carry against 50% of Equinor’s net share of costs from the point EnQuest assumes operatorship. EnQuest will also make a contingent payment of $15 million following OGA approval of a Bressay field development plan. There are no gross assets or profit before tax associated with the assets.

“We are delighted we have agreed the acquisition of a material operating interest in the Bressay field and to partner with Equinor. With the addition of up to 115 MMbbls of net 2C resources, Bressay provides EnQuest an opportunity to demonstrate its proven capabilities in low-cost drilling, near-field and heavy oil development. The heavy oil skills and knowledge the Group has acquired from Kraken will help us unlock the potential of this large 1 billion bbl oil in place field. We would like to thank Equinor for their confidence in our capabilities and we look forward to a productive partnership with Equinor and Chrysaor.”

Bressay is a heavy oil field in the Northern North Sea located in 110 metres water depth and 12 kilometres Northeast of the EnQuest operated Kraken heavy oil field. Bressay is one of the largest undeveloped oil fields in the UKCS with an estimated stock-tank oil initially in place (‘STOIIP’) of 600 to 1,050 MMbbls. The field was discovered in 1976 and has been appraised through the drilling and testing of four further wells, with flow rates of up to 2,900 bopd achieved.

*The contingent payment increases to $30 million in the event that EnQuest sole risks Equinor in the submission of the field development plan.

EnQuest PLC trades on both the London Stock Exchange and the NASDAQ OMX Stockholm. Its UK operated assets include Thistle/Deveron, Heather/Broom, the Dons area, Magnus, the Greater Kittiwake Area, Scolty/Crathes and Kraken; EnQuest also has an interest in the non-operated Alba producing oil field. At the end of June 2020, EnQuest had interests in 17 UK production licences and was the operator of 15 of these licences. EnQuest’s interests in Malaysia include the PM8/Seligi and PM409 Production Sharing Contracts, both of which the Group operates.