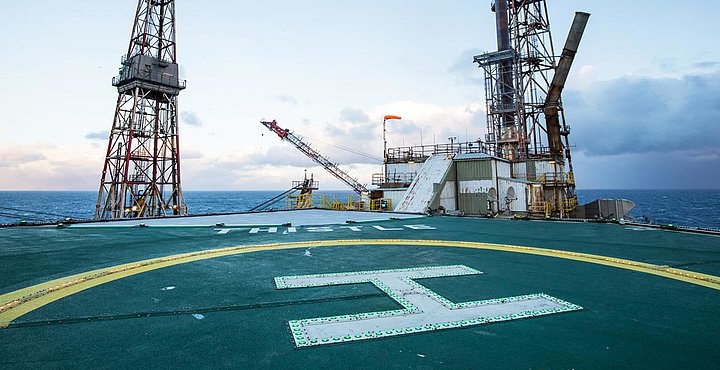 Good 2018 production performance, cost control and cash generation;
Expect c.20% production growth to between 63,000 Boepd and 70,000 Boepd in 2019 with a continued focus on debt reduction

EnQuest Chief Executive, Amjad Bseisu, said:
“The Group delivered on its operational targets for 2018, growing production by 48%. This performance and higher realised prices has facilitated accelerated repayments of the Group’s credit facility. Completing the acquisition of additional interests in assets from BP has delivered a set of assets with a strong strategic fit into our portfolio, with the Magnus asset in particular bringing a significant step change in the Group’s ability to generate positive cash flow.
“We expect material production growth of around 20% in 2019. Our capital programme includes new wells at Magnus, Kraken and PM8/Seligi as well our pipeline projects at Thistle/Deveron and the Dons and Scolty/Crathes. The successful delivery of this programme will underpin production during 2019 and beyond. Our focus on cost control and capital discipline, combined with our improved cash generation capability enables further repayment of debt, which remains the priority for the Group.”

Northern North Sea operations
Average production in 2018 of 19,293 Boepd was 23.5% higher than 2017. This increase was driven by the contribution from Magnus and included the impact of the acquisition of an additional 75% interest in December combined with higher gas exports and additional production following successful well interventions. Performance at Heather/Broom continued to be strong through 2018, reflecting better than expected performance from the H-67 well which was brought online in March. These production increases were partially offset by natural declines elsewhere.

At the Sullom Voe Terminal, the Group reduced terminal operating costs by around 25% to approximately £150 million. Three ship-to-ship transfers, the first for almost three years, took place during the second half of the year.

Central North Sea operations
Average production in 2018 of 6,353 Boepd was 21.9% lower than 2017. The reduction was primarily driven by both Scolty/Crathes and Alma/Galia, although performance at both assets has been slightly better than expected with good management of wax deposition at Scolty/Crathes and successful ESP replacement at Alma/Galia.

Aggregate production from Kittiwake and Alba was slightly ahead of expectations.
Kraken

Average gross production in 2018 was 30,310 Bopd, which was below expectations. Reservoir performance remains on track with excellent communication between producer and injector wells. Improving management of reservoir voidage also supported reservoir deliverability. Throughout 2018, production was limited by a number of weather related and FPSO production system outages, with March, November and December being particularly affected.

Malaysian operations
Average production in Malaysia in 2018 of 8,432 Boepd was 5.7% lower than 2017, primarily reflecting natural declines at Tanjong Baram. Production efficiency has remained high at PM8/Seligi with ongoing work on compressor rejuvenation and satellite reliability enhancements. Production also benefitted from continued idle well restoration work and the drilling of two new wells. In December, the team received an award from the regulator for the ‘Highest Improvement’ in relation to offshore self-regulation.

2019 performance and outlook
The strong performance at Magnus has continued through January. While FPSO availability at Kraken has continued to limit production from the field, there is no change to the full year expected gross production of between 30,000 and 35,000 Bopd. Elsewhere across the portfolio, aggregate production has been broadly in line with the Group’s expectations.

2019 production is expected to grow by around 20% to between 63,000 and 70,000 Boepd. Production from DC4 at Kraken and improved performance at Scolty/Crathes, following the pipeline replacement project scheduled for the third quarter of 2019, is expected to offset natural declines across the portfolio. The three-well DC4 drilling programme at Kraken is ongoing and remains on schedule for first oil around the end of the first quarter.

Operating expenditures are expected to be approximately $600 million, with the increase over 2018 driven by the full year impact of an additional 75% interest in Magnus.

Cash capital expenditure of around $275 million includes the drilling programmes at Magnus, Kraken and PM8/Seligi, combined with project related expenditures at Thistle/Deveron and the Dons and Scolty/Crathes. Approximately $100 million of 2019 cash capital expenditure relates to a combination of deferred payments agreed with suppliers in prior periods and phasing of cash payments from 2018 to 2019 (primarily relating to DC4).

Notes to editors
ENQUEST
EnQuest is an independent production and development company with operations in the UK North Sea and Malaysia. The Group’s strategic vision is to be the operator of choice for maturing and underdeveloped hydrocarbon assets by focusing on operational excellence, differential capability, value enhancement and financial discipline.

EnQuest PLC trades on both the London Stock Exchange and the NASDAQ OMX Stockholm. Its UK operated assets include Thistle/Deveron, Heather/ Broom, the Dons area, Magnus, the Greater Kittiwake Area, Scolty/Crathes Alma/Galia and Kraken; EnQuest also has an interest in the non-operated Alba producing oil field. At the end of December 2018, EnQuest had interests in 18 UK production licences and was the operator of 16 of these licences. EnQuest’s interests in Malaysia include the PM8/Seligi Production Sharing Contract and the Tanjong Baram Risk Services Contract, both of which the Group operates.